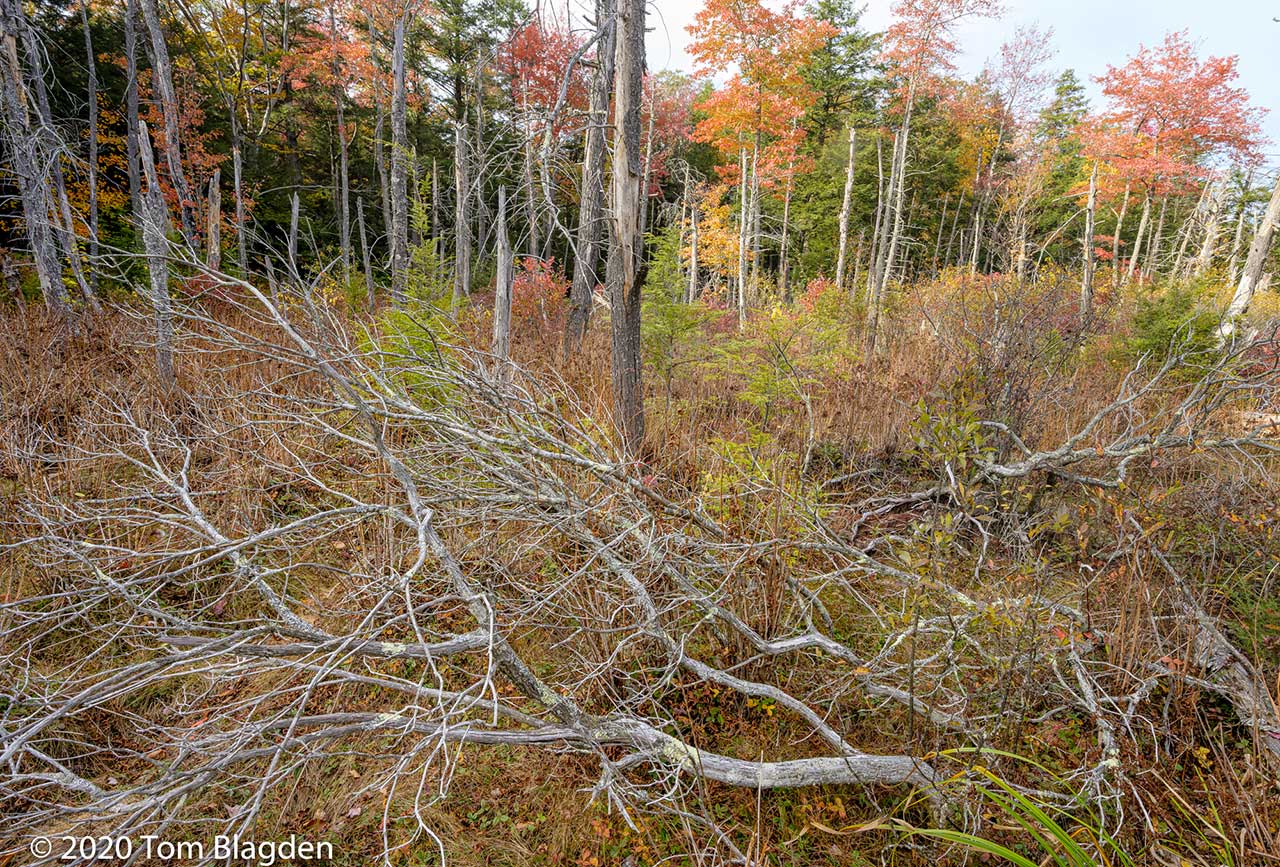 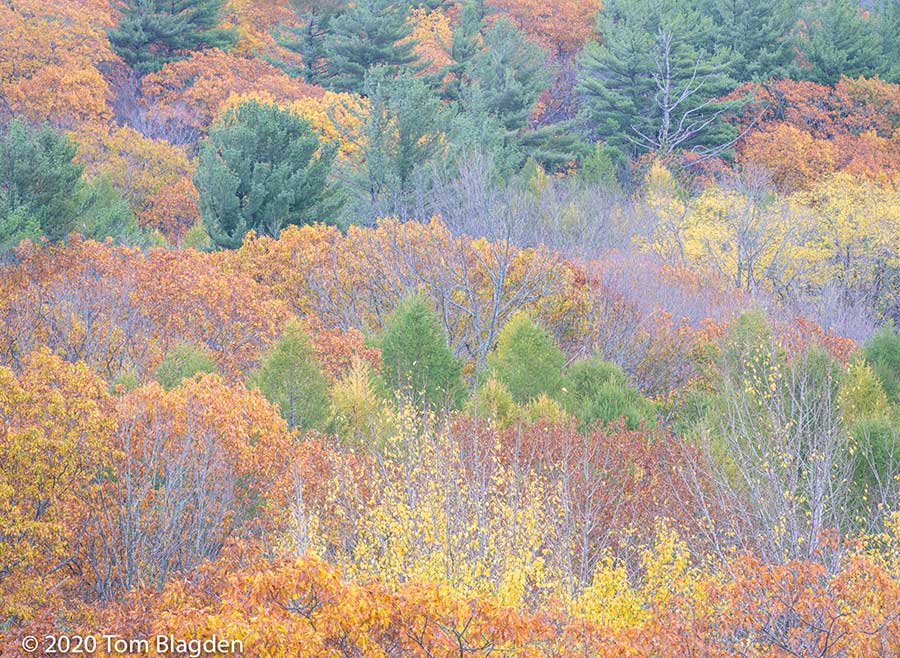 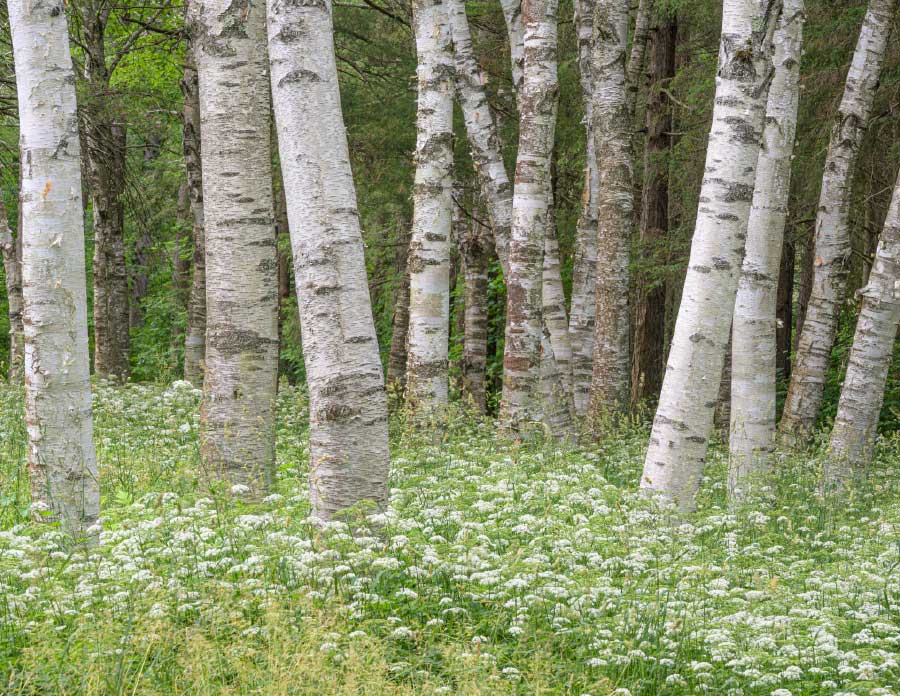 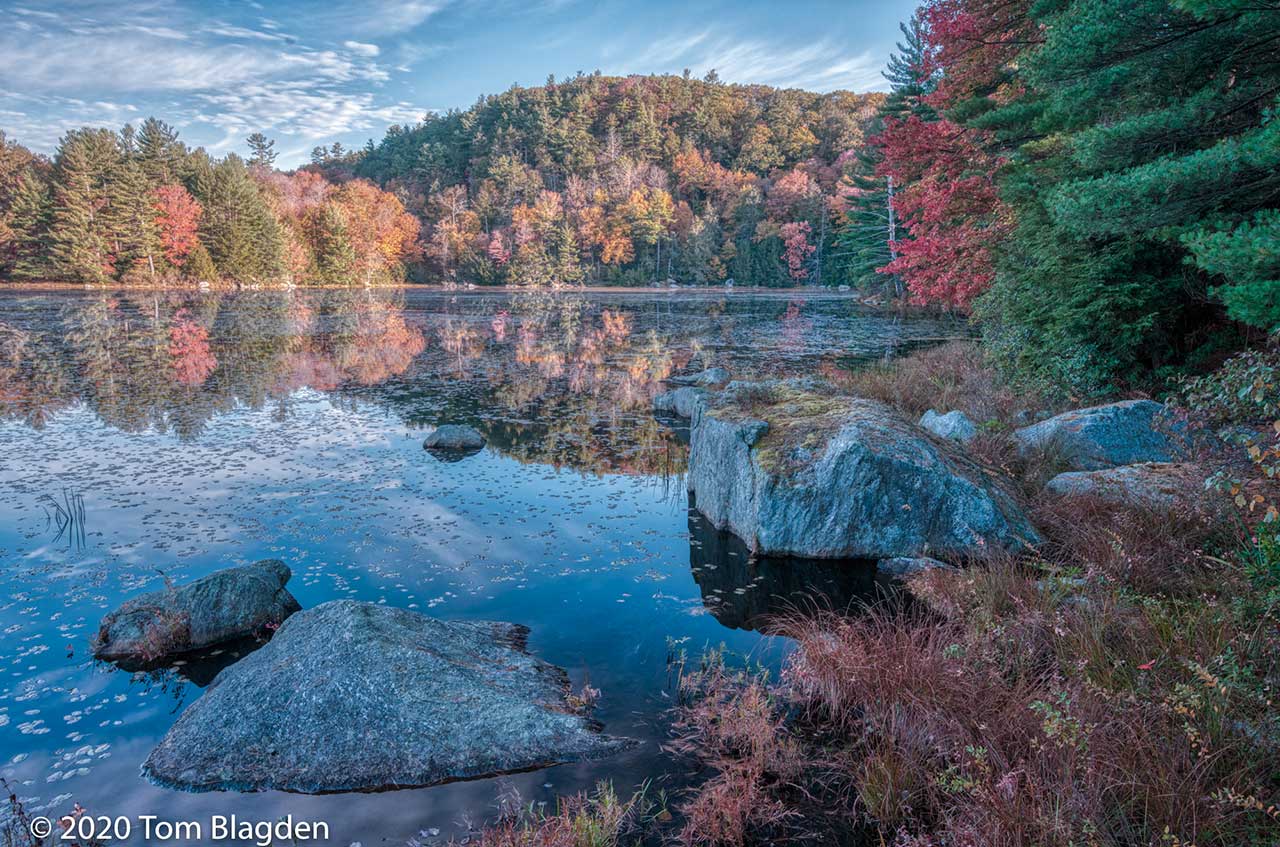 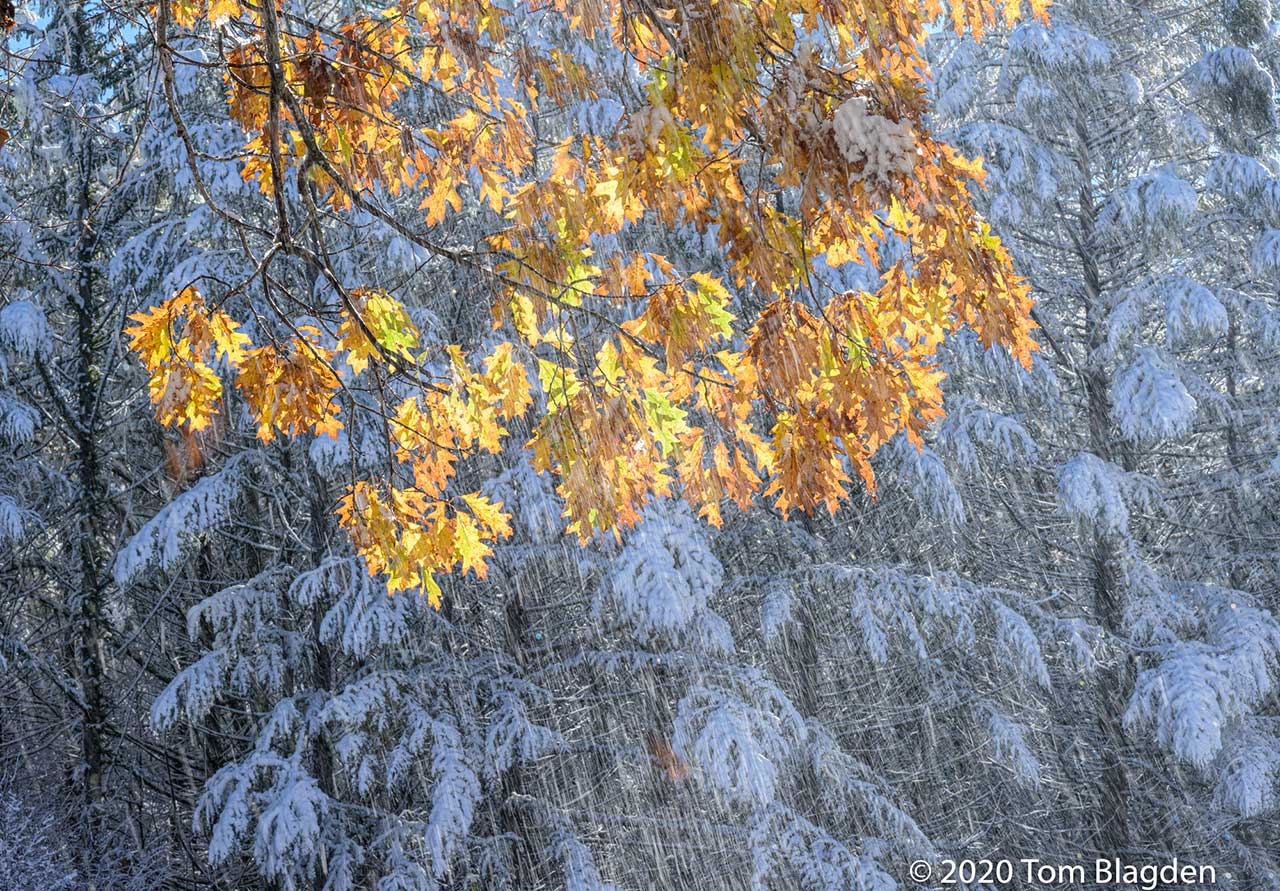 Great Mountain Forest’s recent participation in a carbon offset credit program is one piece of our sustainable forest management that also encompasses income from our more traditional forest products, such as timber, witch hazel, and maple syrup.

Carbon credits are created when landowners receive credits with a financial value for trees—and carbon—left in the ground. This is called carbon sequestration, which is a valuable ecosystem service. Various forms of carbon are stored in the biomass of both living and dead tree trunks and branches, leaves, roots, soil, and other organic matter on the forest floor. High-quality forest products that are used for housing, boats, furniture, and musical instruments also store carbon over their useful life.

The Forest’s ability to keep carbon safely in the ground means that it won’t convert to carbon dioxide (CO2), a notable greenhouse gas. A greenhouse gas (GHG) absorbs and radiates heat back to the earth, causing the greenhouse effect.

Working with reputable environmental partner Bluesource, the GMF board and staff have ensured the forest meets all criteria to participate in a compliance carbon credit program and ensure active sustainable maintenance of the forest.

GMF’s carbon offset collaboration with the State of California (a state that has compliance carbon caps for businesses and industries) and The Climate Trust is estimated to generate 360,000 carbon offset credits over the next decade.

Carbon credits for forests have their roots in the Kyoto Protocol in the late 1990’s. While that agreement didn’t gain the international consensus about climate change that it sought, it did call for greenhouse gas (GHG) reductions. That call has been answered over time by both governments and organizations around the world.

Fast forward, and a new currency in carbon has been established, known as carbon credits, which involve voluntary and compliance agreements to reduce the spewing of carbon in the atmosphere by industries, business entities, and countries.

Organizations and countries set limits on how much carbon they are permitted to produce in a given time frame.

These limits gave rise to cap and trade relationships between those whose carbon exceeded their legal pre-set limit (cap) and those who generated or released less carbon than their limit. These parties can sell their carbon remainder (trade). This allows the carbon over-producer to work toward a net-zero carbon emission level and achieve carbon neutrality.

Those who buy offsets in the form of carbon credits are meant to use them as a transitional tool as they develop the capacity to reduce their own carbon footprint over time and stay within their cap.

Selling carbon credits furthers GMF’s work in stewarding its trees and their carbon-storing capacity and allows it to contribute to comprehensive efforts to reduce GHGs. It allows GMF to answer a larger call to use our natural capital to reduce the planet’s carbon footprint.