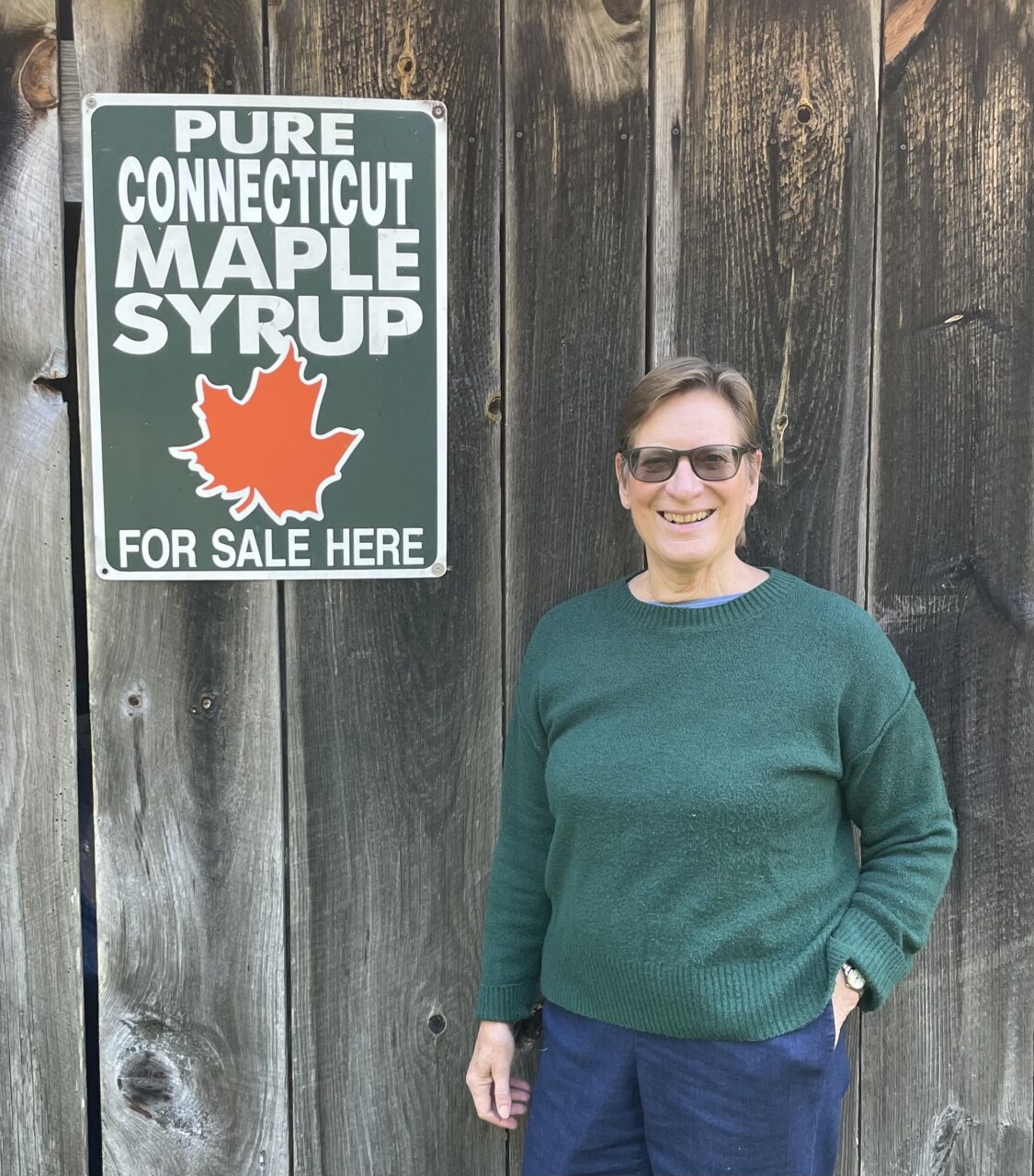 Heather comes into this position after serving on the Board of Trustees at GMF. She grew up outside of Philadelphia, graduated from Williams College, and has an MBA from UConn and an MS from Tufts. She spent most of her career in the pharmaceutical industry, co-authoring multiple research papers in the medical literature along the way. In the role of Interim ED, Heather will be focused on supporting the rest of the staff for initiatives already underway and assisting the Board in planning for future needs.

Heather has lived in Norfolk for the past 36 years with her husband Schuyler, a noted restorer of wooden boats, and has long enjoyed hiking, snowshoeing and skiing in Great Mountain Forest. 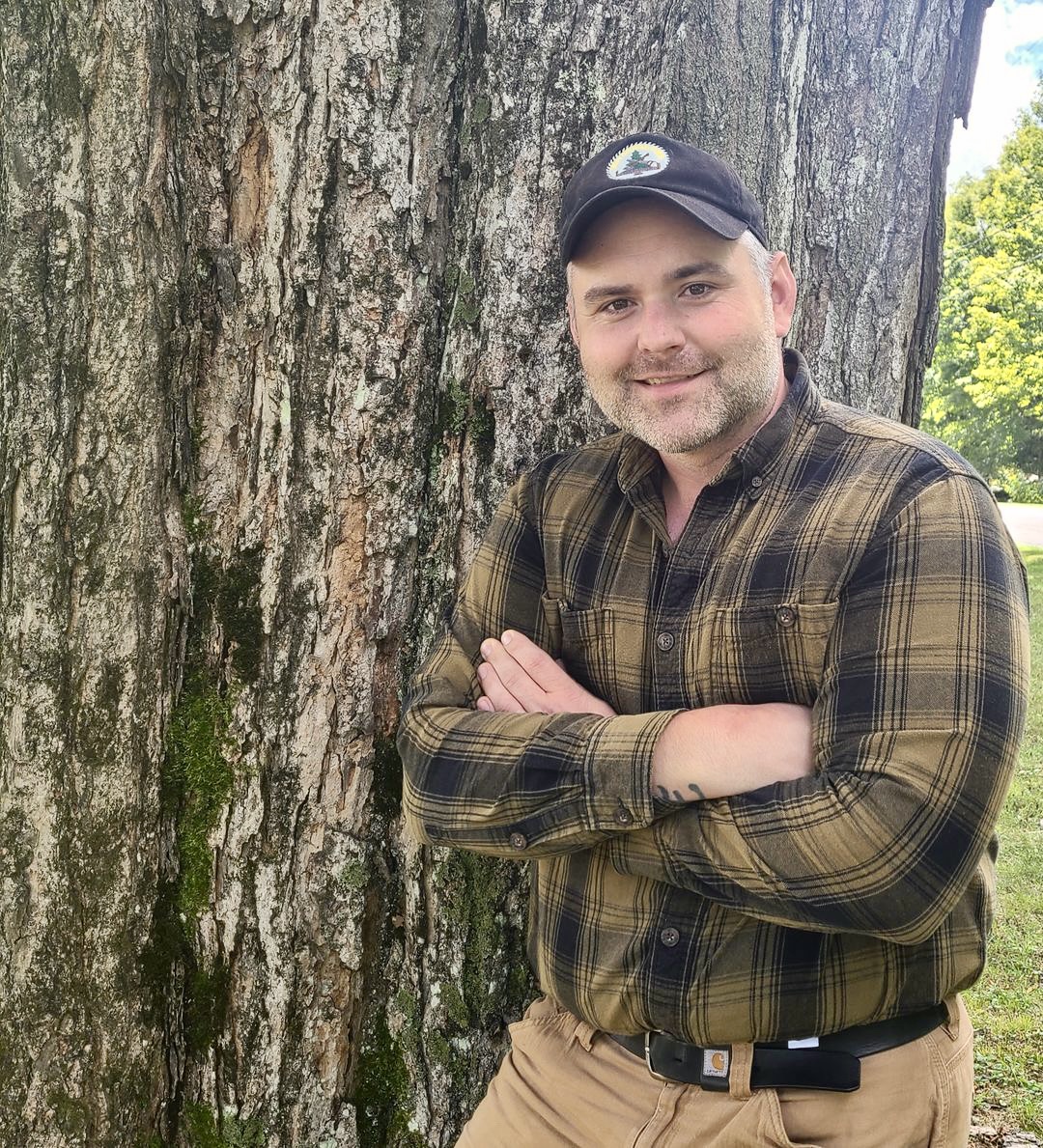 DIRECTOR OF PROGRAMS AND OPERATIONS

Matt Gallagher is new to Falls Village but native to Connecticut. He has a background in carpentry and is a naval expeditionary forces veteran; Matt served overseas in the War in Afghanistan and the War in Iraq during Operations Enduring Freedom and Iraqi Freedom. Matt moved back to Connecticut with his G.I. Bill and began pursuing an education in natural resources as his coping mechanism for PTSD. He received his undergraduate degree in Environmental Science from the University of New Haven. He continued to attain his graduate degree in Forestry from The Forest School at the Yale School of the Environment. Matt has worked in invasive management, as a seasonal forester for CT DEEP, in the logging industry, as Assistant Forest Manager for Yale Forests, and as a consulting forester. He has conducted research for the University of New Haven and Yale, utilizing low aerial imagery from UAV technology, observing changes in vegetation communities along coastal and freshwater wetlands as a vulnerability to climate change.

Matt joined Great Mountain Forest in November of 2021 as the program manager and Director of Programs and Operations as of June 2022. He develops and implements community engagement and educational outreach programs, coordinates research work with institutions and individuals, and manages the summer intern program. Matt also collaborates with forestry staff to coordinate forest operations, maple syrup production, and long-term carbon storage opportunities.

Matt is a Connecticut licensed forester and a member of the Society of American Foresters. He lives in Falls Village with his wife, Hope and three children, Logan, Connor, and Meadow. When Matt has free time, he enjoys woodworking, playing and watching baseball with his kids, and fishing. 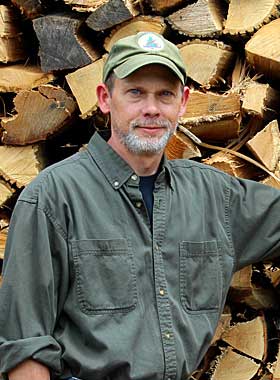 Russell Russ, a 1987 graduate of SUNY ESF with a bachelor’s degree in Forest Resources Management, began his employment at Great Mountain Forest in 1984 as a student forester working on the summer crew. After graduation he briefly worked for the Connecticut Division of Forestry and then spent many years working in the landscape and building construction industries. In a career change that brought him back to the profession and lifestyle where he is deeply rooted he joined the full-time staff of Great Mountain Forest in 2001. Russell now holds the position of forester/weatherman. He is responsible for recording and monitoring daily weather activities for GMF and for the National Weather Service – a position formerly held by his father, forest manager Darrell Russ.

Russell’s main duties are weather observing and maintaining all weather records and managing the Yale Forestry Camp located at GMF. As manager for the camp he is in charge of overseeing all camp operations as well as scheduling and coordinating all camp groups. Assisting forest researchers, helping with on-site seminars, mapping/boundary work, timber harvests, maple syrup production, and coordinating with the Town of Norfolk for Tobey Pond Beach are just a few of Russell’s other duties. Russell is a Connecticut licensed forester and has been a continual member of the Society of American Foresters since 1987.

Russell grew up in Norfolk and now he and his wife Kim live in Colebrook, CT and have two grown children, Taryn and Jack. 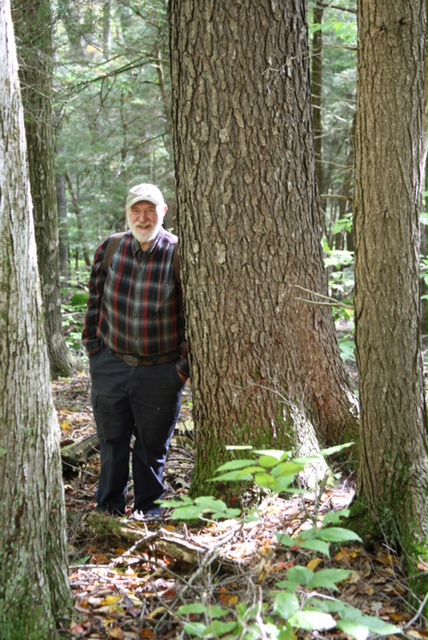 Joel (Jody) Bronson, a fourth generation land manager and forester began working at Great Mountain Forest (GMF) as a seasonal student forester in 1976. He began his forestry career under the guidance of past GMF Forest Manager Darrell F. Russ. In 1990, Jody became GMF Forest Manager upon Darrell’s retirement and remained in this position until July 2022.

As a part-time employee, Jody now advises on all phases of the forestry operations at GMF. He is a CT Licensed Forester, professional member of the Society of American Foresters and the Forest Stewards Guild. In 2002, he was the recipient of the Austin Cary Practicing Professional Award given by the New England Society of American Foresters (NESAF). This award recognizes NESAF members who have shown exceptional achievement as practicing forest managers.

The Bronson family have been residents of Winchester Center and Norfolk CT for centuries. Jody and his wife Jean have resided in Falls Village CT for over 40 years. They have two grown children and a grandchild. In his spare time, Jody enjoys woodworking, hunting and canoeing.