History of the GMF Weather Station

The official station name is Norfolk 2SW. The name comes from the fact that the station is two miles southwest of the U.S. Post Office in the center of Norfolk, CT. It is a National Weather Service (NWS) Cooperative Weather Observer Station, one of about 165 in Connecticut. There are currently about 11,700 cooperative stations in the United States. The station is located at 100 Windrow Road in Norfolk, CT. The station’s elevation is 1,340 feet, one of the highest NWS station elevations in Connecticut. Great Mountain Forest (GMF) staff currently operate and assist in maintenance of the station. 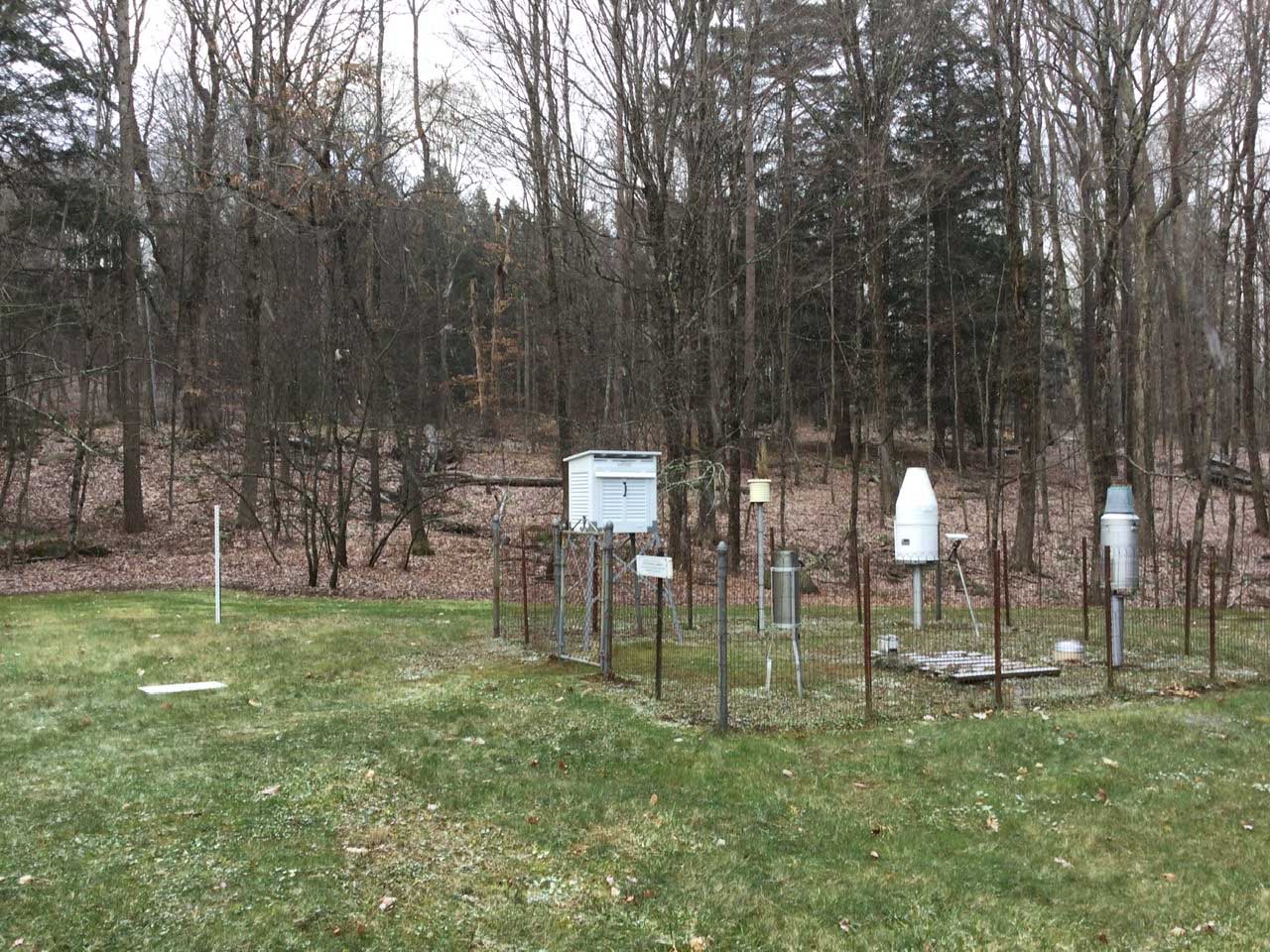 Until 2012 the station was technically classified by the NWS as being a Hydrological-type of station, one of only a few in the state. That meant that in addition to temperature and precipitation, readings were also taken related to evaporation, such as wind movement, water temperature, wet bulb temperature and dry bulb temperature. These are factors used to determine evaporation rates, which are important in agriculture and forestry. After October 2011 the NWS made the decision to stop all evaporation readings (at least in CT). Norfolk 2SW was one of the last in the state to stop. Temperature and precipitation (rain and snow) observations continue to be made. When there is snow on the ground, measurements are routinely taken to determine the water content (water equivalent) of the snow. This information helps the NWS forecast the amount of runoff and potential flooding from snow melt during warm spells or the spring thaw. Every day of the year readings are taken at the station and submitted manually to the NWS. The readings are now submitted via the Internet. Prior to April 2003 the readings were submitted over the telephone. The weather observation data does not become certified until it is reviewed and approved by the NWS. 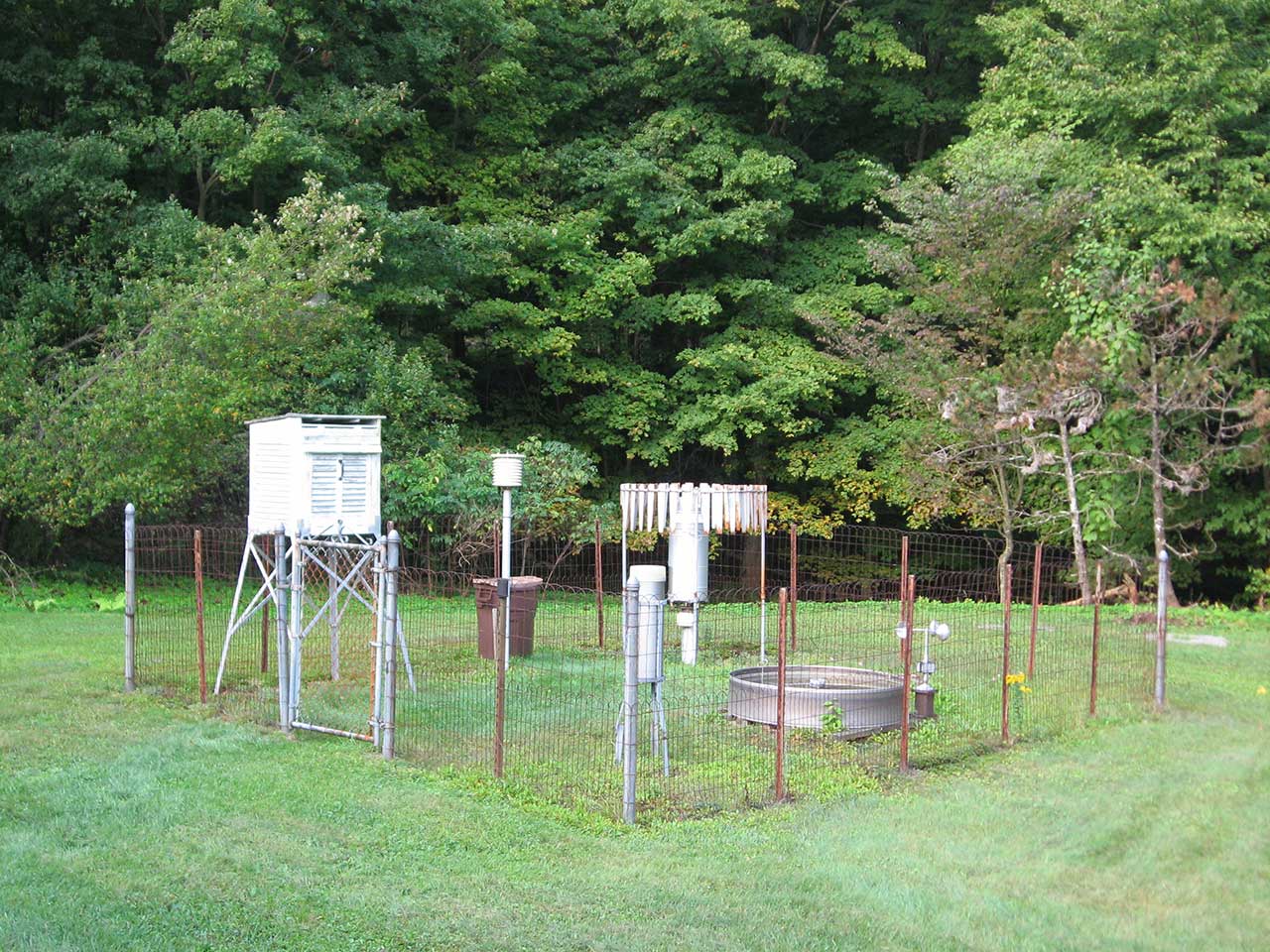 Edward (“Ted”) Childs as a child discovered that he had an interest in the weather. It was an interest he received from his grandfather. In the early 1930’s Ted began recording weather data in Norfolk as part of his Master’s thesis at the Yale University School of Forestry. A number of stations were set up throughout his then family-owned forest to study the microclimatic influence of Hemlock trees. When the study was completed, Ted decided to continue weather observing at the one station located at his home on Windrow Road. On January 1, 1932 Ted began the regular daily observations. Daily observations have been made from this location every day since January 1, 1932. As of January 2021, the station is in its 90th continuous year of daily observations. 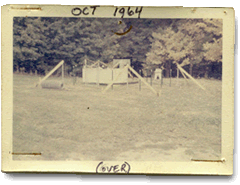 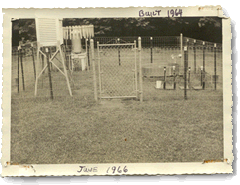 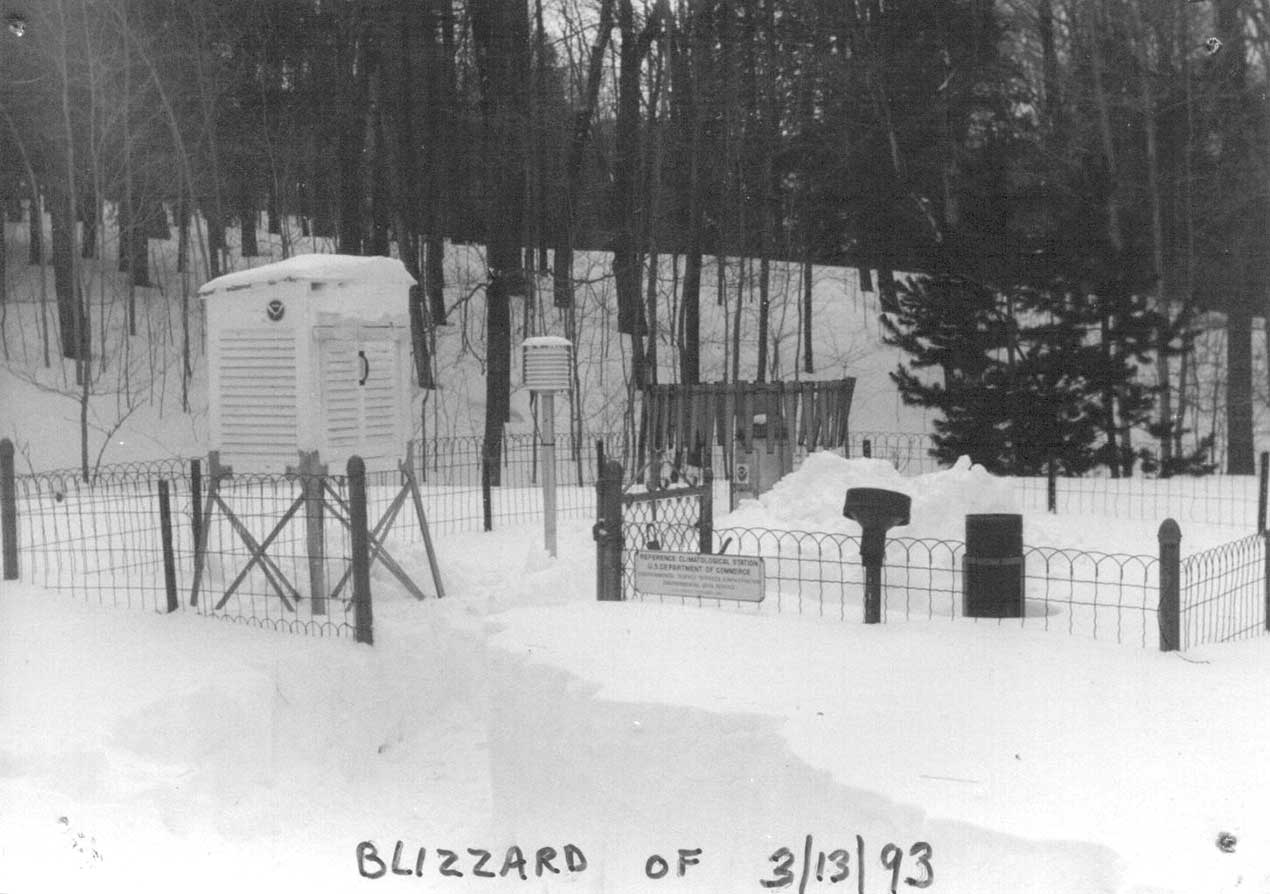 Starting in the late 1960’s, GMF has submitted data to the USA National Phenology Network. This program got its start at Montana State University, then it transferred to the University of Wisconsin-Milwaukee. The program is currently managed through a cooperative agreement between the U.S. Geological Survey (USGS) and the University of Arizona. Phenology is the science of periodic biological events in the animal and plant world as influenced by the environment, especially weather and climate. Phenology has been identified as a critical contributor to global climate change research. It has been stated that changes in phenology are the fingerprint of climate change. Springtime characteristics of three cloned Persian Lilacs, planted in 1965 near the Norfolk 2SW weather station, have been recorded every year since 1968. Each spring, the dates when the lilacs reach five “phenophases” (stages) are recorded and the data is submitted to the USA National Phenology Network. The five stages are: Breaking leaf buds; All leaf buds broken; Open flowers; Full flowering; End of flowering. Based on this data it has been stated that Norfolk’s climate is quite similar to that of Rutland, Vermont, located some 120 miles to the north. 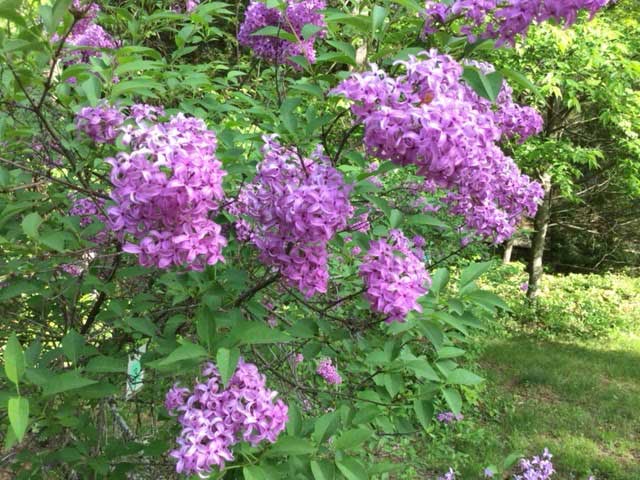 Even though it has always been a federal agency, the NWS relied heavily, as it does to this day, on voluntary Cooperative Weather Observers. Ted Childs and fellow long-time weather observer Darrell Russ received numerous awards from the NWS for their many years of service in weather observing. Among these awards, in 1992 the NWS awarded Ted the Helmut E. Landsberg Award for providing over sixty years of weather observing service. Ted also received the NWS’s Thomas Jefferson Award for his outstanding achievements in the field of meteorological observations. In 2002 the NWS awarded Darrell, who began working at GMF for Ted in 1950, the Edward H. Stoll Award for providing over fifty years of weather observing service. These are some of the most prestigious awards given to private citizens by the NWS. It is truly extraordinary to have had such dedicated observers spend so many years recording the weather at Norfolk 2SW. Over the long history of the station there have only been a handful of observers. Consistency in recording is critical and that is exactly what continues to take place at the station. The current weather observer of record is Russell Russ, son of Darrell. Russell took over as lead observer in January 2003. 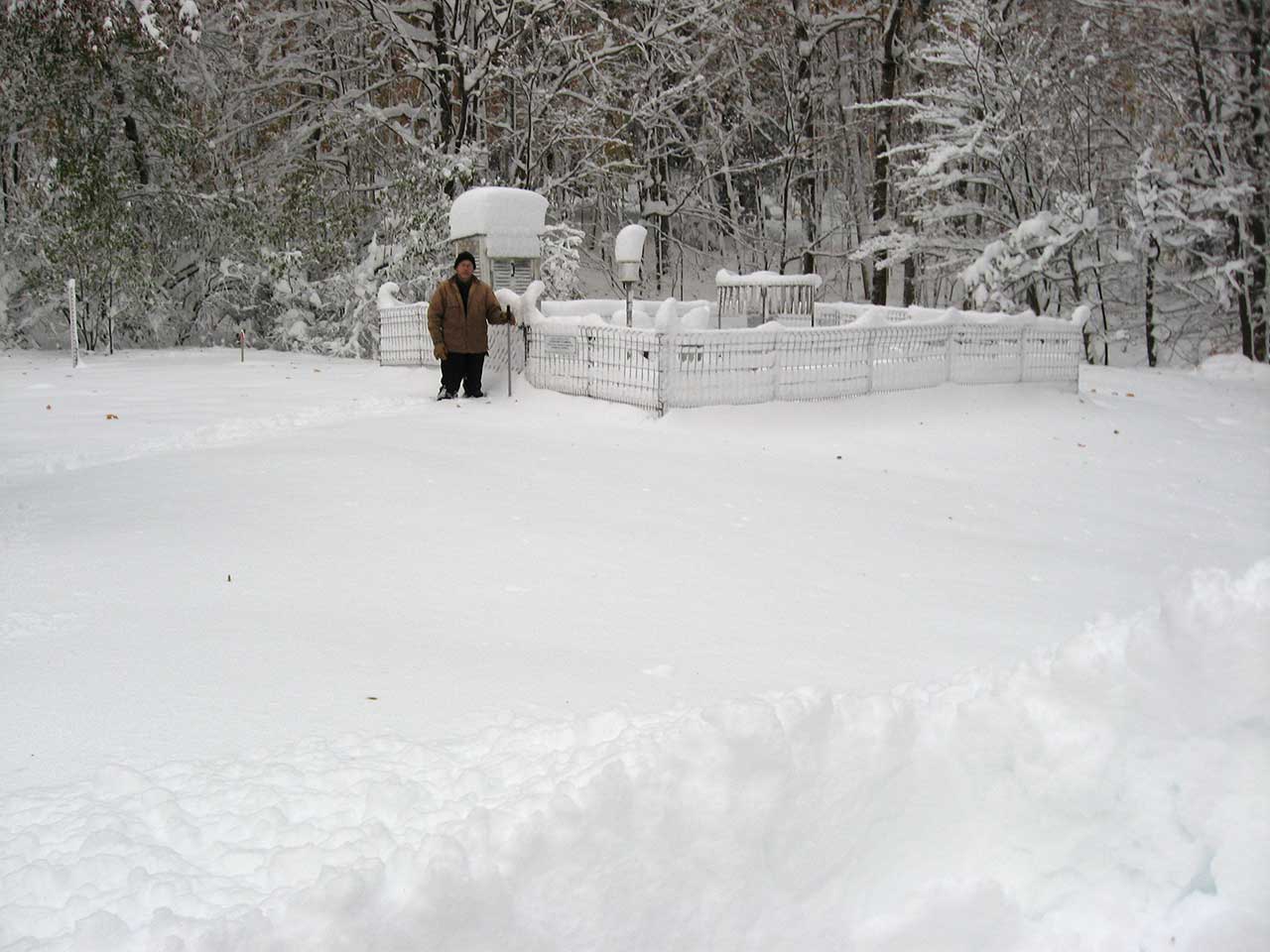 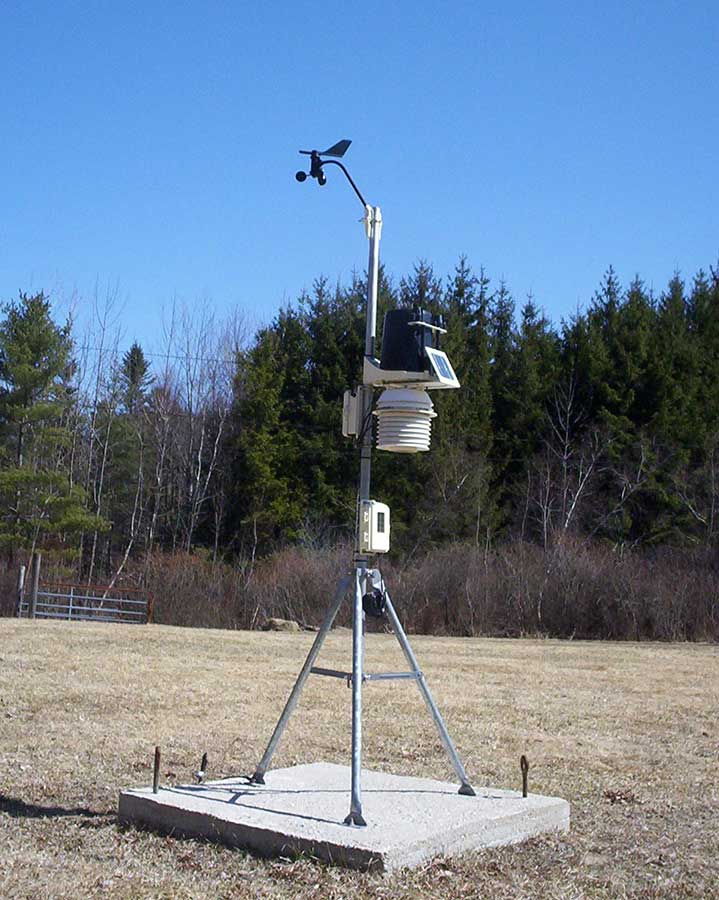 In December 2004, the NWS installed a new modernized automated weather station at the GMF forestry office, a little less than a half-mile up the road from the Norfolk 2SW station. The NWS decided to install an Enhanced-type of modernized station at this site. The new modernized station contains an instrument cluster to record temperature, a precipitation gauge with heated collar to record all types of precipitation and a 10-meter tower with wind sensors. This station transmits readings to the NWS’s Hydrometeorological Automated Data System (HADS) via a signal transmitted to the Geostationary Operational Environmental Satellite (GOES). On December 20, 2004 Steve Pritchett, the second in command for the entire United States Cooperative Modernization Program, came and inspected the new station as part of a routine follow-up procedure. The NWS planned to eventually convert many of its 11,700 cooperative stations to this modernized (automated) format. As of January 2005 Norfolk 2SW was just one of ninety stations across the country that had received the modernized station format and as of August 2005 was just one of five stations across the country that have received the wind sensors. 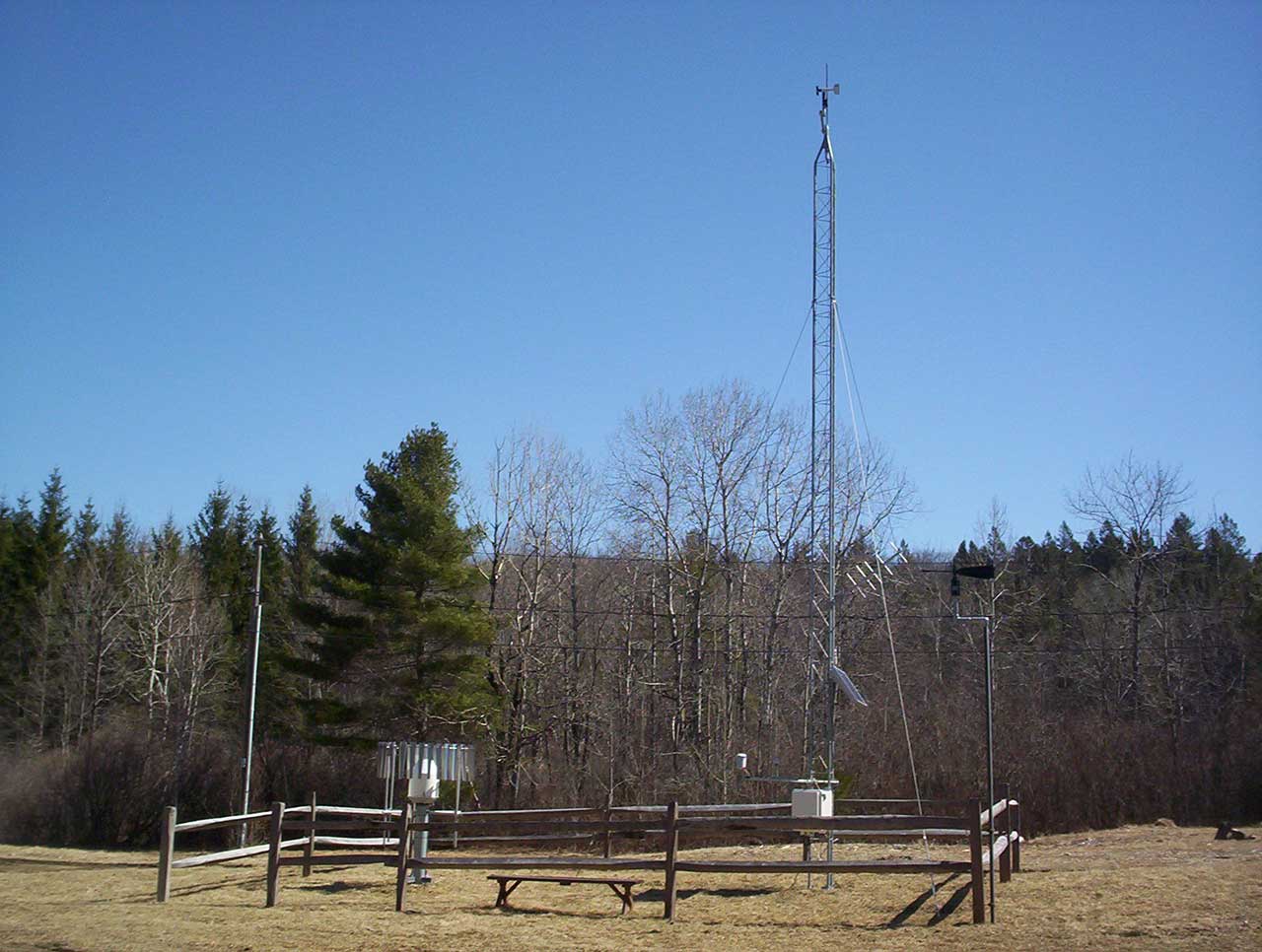 To the present day, the Norfolk 2SW station located at its original location is still the official NWS station of record for Norfolk. Every day of the year, observations are made from Norfolk 2SW and the data is submitted to the NWS. Weather readings will continue to be taken at both the automated HADS station and manually at the original Norfolk 2SW station. The original plan of the NWS was to replace the old cooperative stations with the new automated HADS stations. Many years have gone by since the HADS station was installed. The NWS may be rethinking their original plan and it is not a given that the automated stations will in fact replace the older manual stations. Even with the new modernized automated station, if the NWS still would like detailed observations, a person will still need to do some weather observation tasks by hand. Tasks such as recording start and stop times for precipitation, recording the types of precipitation (rain, sleet, snow, hail), measuring snow depth, and taking measurements to determine the water equivalent of the snow on the ground. For the foreseeable future, GMF plans to continue its relationship with the NWS and plans to continue to observe and record the weather on a daily basis. 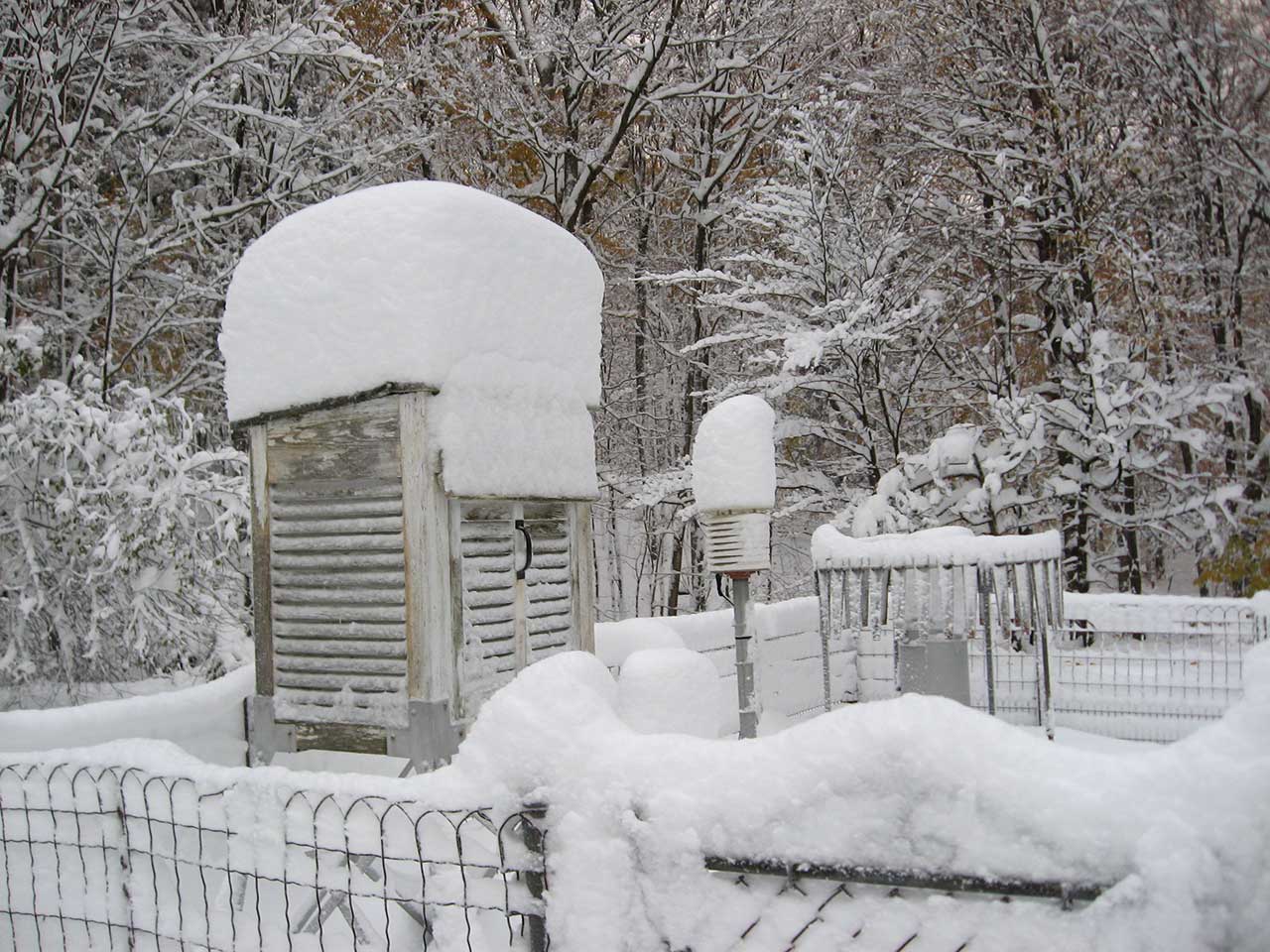 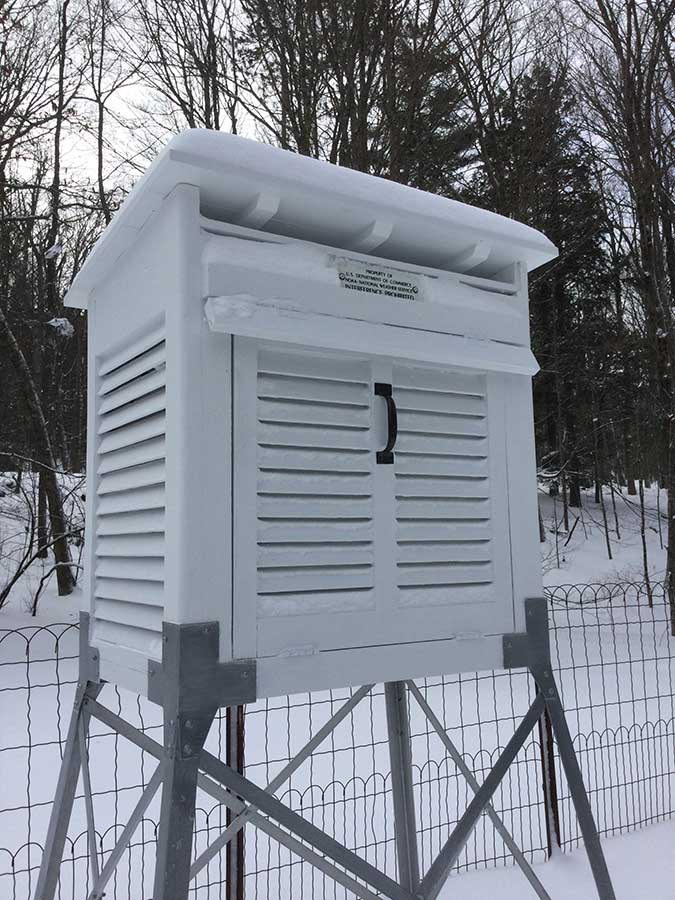